To see past ride pictures and videos click the link below. It will switch to the Flickr website where there are albums of numerous rides taken by the Portneuf River Back Country Horseman and the Over the Hill Gang (OTHG). If you ride a gaited horse you may want to click FRIENDS in the menu above for more information about the OTHG. 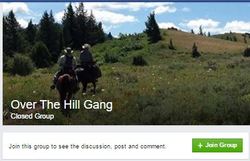 Over the Hill Gang
A group of retired individuals, who ride gaited horses with their friends and family every Wednesday. For more information call Steve Hurley at 221-4626. 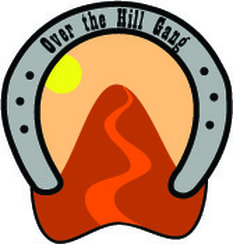 City of Rocks is a ride that you can go back to and still find new things to see. Most of the ride is single track and despite the name "City of Rocks" the trail is not rocky. It is a desert area and so the time to ride would be May and early June. There is shade in many sections and water for the horses is found along the way. We had lunch in a lovely grove of aspen and pine trees. The Juniper Group Campsite has everything a large group would need except for running water. On the second day we rode to the lowest of the Independence lakes. The route to the upper lakes was blocked by Snow.

Holly took pictures of the countryside. I will post these as soon as I get them from her.
and here is some extra information

Wednesday, July 20 Cora, Richard, Steve, Frank, Rod and Rod's grandson, Ben rode out of Bear Creek over the Golden Gate route. It was 20 miles long with 4000 feet of elevation.

Blue Creek Ride to Reis Peak
Directly North is Mount Jefferson, To the North East is Sawtell Peak, in the South is Island Park Reservoir